​Please read statement below the photographs. 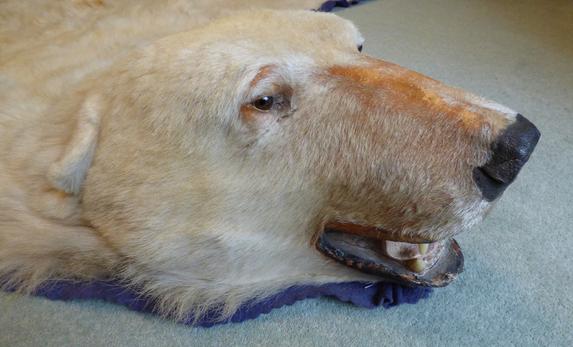 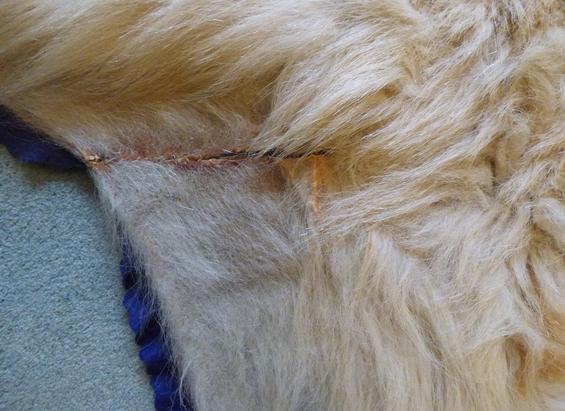 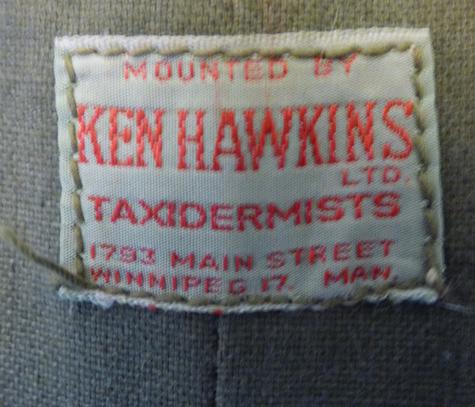 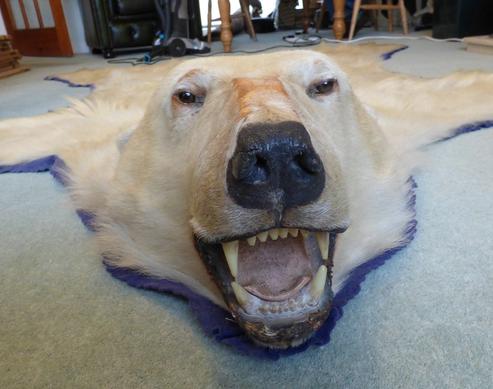 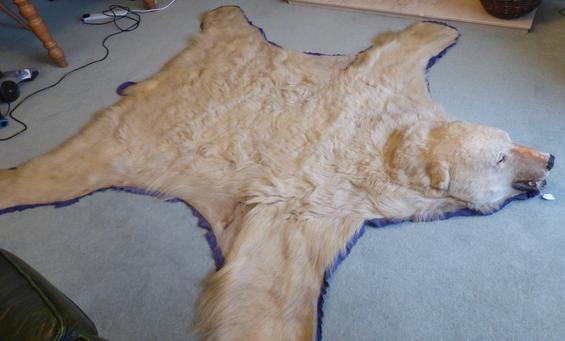 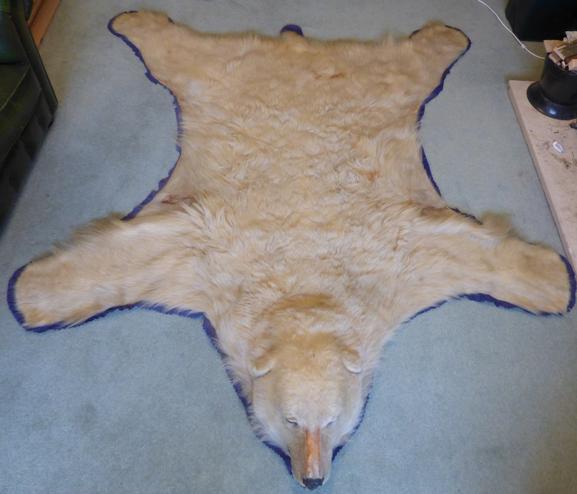 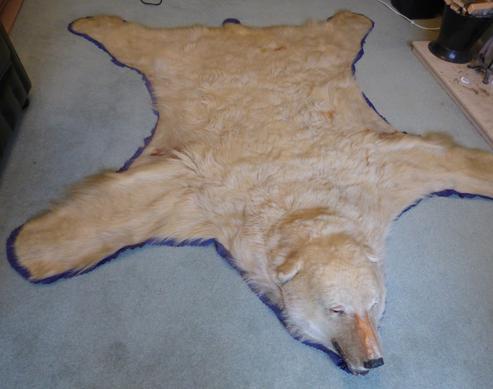 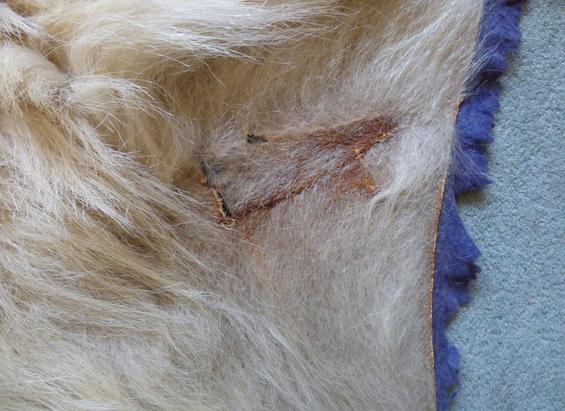 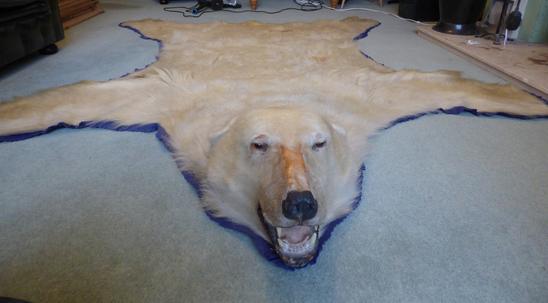 The fur is yellow in colour, partly due to age, but would benefit from being cleaned professionally.
There are two splits in the skin which have been stitched when the skin was first prepared, but where the stitching has now worn out. These are just behind the front legs. Please see photographs.
The backing is a good thin canvas in green, in good condition. It is edged with blue felt which is worn in places.
The bridge of the muzzle is worn, see pictures.
The teeth and tongue are artificial but very realistic and in good condition.
Total length is 2.24 metres including tail and backing.
Span of front legs is 2.02 metres including backing.

This polar bear skin rug came from Canada. It was bought back by an airman who was serving in the Air Force in Canada there up until around 1970. He bought it over to UK at that time.

PLEASE NOTE – NOT AVAILABLE TO BUY OUTSIDE OF THE UK